Read the First Chapter of The Night Queen For FREE:

They call me the Night Queen, with a heart as dark as the night itself. And as such, I will rule my future kingdom. No light shall ever touch my broken heart again.

On her twentieth birthday, the beautiful but arrogant Princess Mina von Rhine crosses the point of no return. Unwilling to be married off to a warmongering Northerner, she defies her father, the powerful King of the Rhine, and ridicules all her potential suitors.
Furious at her appalling behavior, her father vows he will give Mina's hand in marriage to the first unmarried man who walks through the palace gates—be it nobleman or beggar. And when an impoverished Northern soldier arrives at the castle the following day, the king stands by his word and offers Mina to him.
This ill-suggested match, however, might prove of use to Mina after all. The Northern soldier doesn’t seem too fond of the marriage himself, so Mina offers the handsome but insufferable warrior enormous riches if he helps her escape into the North.
But the journey through war-torn lands forces the princess to realize that if she can’t melt her frozen heart, marriage might be the least of her concerns. 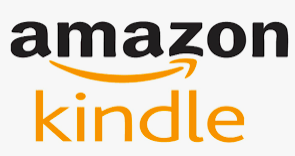