One of the most epic book release of the year!
Pre-order now while discounted! 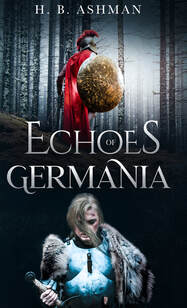 DISCOUNTED Pre-order
After a terrible drowning accident takes place near an ancient Germanic worship site in the Teuteborg forest, Amalia, a 21st-century engineering student, finds herself waking up in the middle of the merciless battles between ancient Rome and the untamed tribes to the north of the Rhine.
In a world where people worship the old gods and Rome rules through its war machine, Amalia not only must find a way to survive the horrors of Roman captivity but also make sense of her role in the making of history as we know it.

This is the exciting—yet little known—story of ancient heroes and the wars that would change the course of history forever.